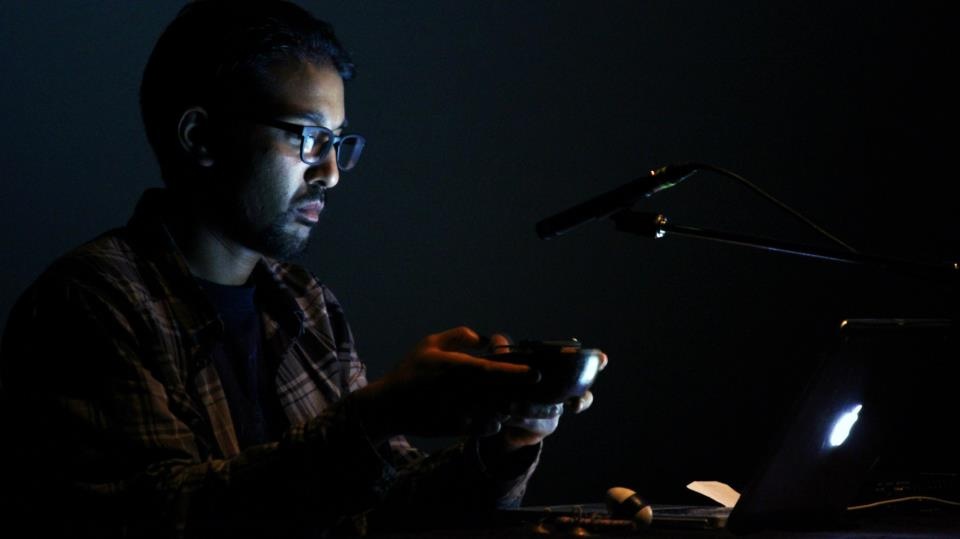 I recently published an article titled “Sounding Riddims: King Tubby’s dub in the context of soundscape composition” in the Organised Sound journal (co-author Owen Chapman). The abstract can be read here.

My recently completed Masters research-creation thesis “Disparate Soundscapes and Ecotones: Critically Sounding the Amazon and Arctic” can be heard and read here.

An interview and profile about my Amazonian soundscape research was published in Issue 122 of Musicworks magazine. My soundscape composition “Unseen Songlines” was included in the magazine’s accompanying CD and can be heard here.

New release “THE FIRE NEXT TIME”

My multi-channel sound installation “Dub Concrète” ran from January 14 until April 30, 2015 as part of the Arts Commons +15 Soundscape project in Calgary, Alberta. I appropriated the dub genre by replacing its traditional instrumentation and sound effects with digital rhythms, electroacoustic gestures, and environmental field recordings. My aim was to produce soundscape remixes that destabilize not only musical categorizations but also international and cultural borders. Visit the Arts Commons site for more details.

I participated in a group artist residency led by sound artist and ecosystem biologist Francisco Lopez in the Brazilian Amazon during October 2011.  Twelve of us spent two weeks gathering field recordings of the rainforest and underwater hydrophone recordings of dolphins and fish. We were based out of the small community of Mamori Lake.

Here is a soundscape composition titled “Unseen Songlines” I created using my field recordings from the Amazon.